Will Nintendo’s Mobile Games Be More Important than the Nintendo Switch?

Nintendo is in the news again for its president’s comments on the mobile gaming market and Nintendo’s ambitions there. Some outlets misreported his quotes to make it sound as though Nintendo wants to quit the home console market in favour of mobile games. Games editor Rishi Alwani, friend of the podcast Mikhail Madnani and host Pranay Parab band together to dispel these rumours and discuss what we actually want from Nintendo’s mobile games. This episode begins with our complaints about region-locking and why Nintendo should adopt the same region-free strategies on Switch and mobile. Then we discuss the Nintendo games we have on mobile and share our thoughts on them. After this we look at the revenue split for these games and make a few guesses on what upcoming Nintendo games such as Mario Kart Tour could look like and how its monetisation model could compare against the monetisation model used by Fire Emblem Heroes.

Then we look at the Nintendo Switch and its hardware weaknesses and talk about how Nintendo could fix these in the future. While at the moment Nintendo’s hardware sales are very strong, we talk about how mobile games could supplement that income for years to come. Then we look at the games we want to see on mobile from Nintendo and we mention why we’d like to see these games coming there. Finally, we talk about the games we’ve been playing this week. This list includes on of the greatest role-playing games of all time, which some of us have discovered only recently.

You can subscribe to Transition via Apple Podcasts or RSS, download this episode,or just listen to it by hitting the play button below. The music for this episode comes via Magnus Souleye Pålsson’s album PPPPPP, which is the soundtrack for the game, VVVVVV.

The Division 2 for PC Will Not Come to Steam, Launching on Epic Games Store Instead

Redmi 6A, Realme 1, ZenFone Max Pro M1, Others: Which Is the Best Budget Phone in India? 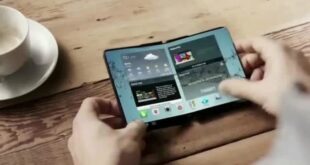