But the best laid plans, and all that. With about a week left in the year, I think it’s pretty safe to say that 2020 didn’t wind up the way the vast majority of us had hoped. It’s a list that certainly includes the lion’s share of smartphone makers. Look no further than a recent report published by Gartner to answer the question of just how bad 2020 was for smartphone sales.

It was so bad that a 5.7% global decline year-over-year for the third quarter constituted good news. In a normal year, that wouldn’t qualify as good news for too many industries outside of wax cylinder and asbestos sales. But there are few standards by which 2020 was a normal year, so now we’ll take some respite in the fact that a 5.7% drop was a considerably less pronounced drop than the ~20% we saw in Qs 1 and 2.

Some context before we get into the whys here. A thing that’s important to note up front is that mobile wasn’t one of those industries where everything was smooth sailing before everything got upended by a pandemic. In 2019 I wrote a not insignificant number of stories with headlines like “Smartphone sales expected to drop 2.5% globally this year” and “Smartphone sales declined again in Q2, surprising no one.” And even those stories were a continuation of trends from a year prior.

The reasons for the decline should be pretty familiar by now. For one thing, premium handsets got expensive, routinely topping out over $1,000. Related to that, phones have gotten good. Good news for consumers doesn’t necessarily translate to good news for manufacturers here, as upgrade cycles have slowed significantly from their traditional every two years (also an artifact of the carrier subscription model). Couple that with economic hardships, and you’ve got a recipe for slowed growth.

This March, I wrote an article titled “5G devices were less than 1% of US smartphone purchases in 2019.” There was, perhaps, a certain level of cognitive dissonance there, after many years of 5G hype. There are myriad factors at play here. First, there just weren’t a ton of different 5G models available in the States by year’s end. Second, network rollout was far from complete. And, of course, there was no 5G iPhone.

I concluded that piece by noting:

Of course, it remains to be seen how COVID-19 will impact sales. It seems safe to assume that, like every aspect of our lives, there will be a notable impact on the number of people buying expensive smartphones. Certainly things like smartphone purchases tend to lessen in importance in the face of something like a global pandemic.

In hindsight, the answer is “a lot.” I’ll be the first to admit that when I wrote those words on March 12, I had absolutely no notion of how bad it was about to get and how long it would last (hello month nine of lockdown). In the earliest days, the big issue globally was on the supply side. Asia (China specifically) was the first place to get hit and the epicenter of manufacturing buckled accordingly. Both China and its manufacturing were remarkably fast to get back online.

In the intervening months, demand has taken a massive hit. Once again, there are a number of reasons for this. For starters, people aren’t leaving their homes as much — and for that reason, the money they’ve allotted to electronics purchases has gone toward things like PCs, as they’ve shifted to a remote work set-up. The other big issue here is simple economics. So many people are out of work and so much has become uncertain that smartphones have once again been elevated to a kind of luxury status.

There are, however, reasons to be hopeful. It seems likely that 5G will eventually help right things — though it’s hard to say when. Likely much of that depends on how soon we’re able to return to “normal” in 2021. But for now, there’s some positive to be seen in early iPhone sales. After Apple went all in on 5G this year, the new handset (perhaps unsurprisingly) topped sales for all other 5G handsets for the month of October, according to analysts.

The company will offer a more complete picture (including the ever-important holiday sales) as part of its earnings report next month. For now, at least, it seems that thing are finally heading in the right direction. That trend will, hopefully, continue as the new year sees a number of Android launches. 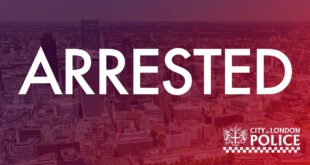 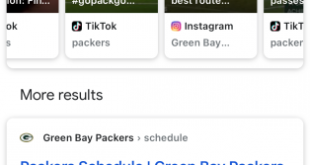