Pokémon GO approach to 2020 was full of carefully considered changes

Pokémon GO was created to encourage players to explore the world while coordinating impromptu large group gatherings — activities we’ve all been encouraged to avoid since the pandemic began.

And yet, analysts estimate that 2020 was Pokémon GO’s highest-earning year yet.

By twisting some knobs and tweaking variables, Pokémon GO became much easier to play without leaving the house.

Niantic’s approach to 2020 was full of carefully considered changes, and I’ve highlighted many of their key decisions below.

Consider this something of an addendum to the Niantic EC-1 I wrote last year, where I outlined things like the company’s beginnings as a side project within Google, how Pokémon Go began as an April Fools’ joke and the company’s aim to build the platform that powers the AR headsets of the future.

On a press call outlining an update Niantic shipped in November, the company put it on no uncertain terms: the roadmap they’d followed over the last ten-or-so months was not the one they started the year with. Their original roadmap included a handful of new features that have yet to see the light of day. They declined to say what those features were of course (presumably because they still hope to launch them once the world is less broken) — but they just didn’t make sense to release right now.

Instead, as any potential end date for the pandemic slipped further into the horizon, the team refocused in Q1 2020 on figuring out ways to adapt what already worked and adjust existing gameplay to let players do more while going out less.

As its name indicates, GO was never meant to be played while sitting at home. John Hanke’s initial vision for Niantic was focused around finding ways to get people outside and playing together; from its very first prototype, Niantic had players running around a city to take over its virtual equivalent block by block. They’d spent nearly a decade building up a database of real-world locations that would act as in-game points meant to encourage exploration and wandering. Years of development effort went into turning Pokémon GO into more and more of a social game, requiring teamwork and sometimes even flash mob-like meetups for its biggest challenges.

Now it all needed to work from the player’s couch.

The earliest changes were those that were easiest for Niantic to make on-the-fly, but they had dramatic impacts on the way the game actually works.

Some of the changes:

By twisting some knobs and tweaking variables, Pokémon GO became much easier to play without leaving the house — but, importantly, these changes avoided anything that might break the game while being just as easy to reverse once it became safe to do so.

Thrown by Niantic every year since 2017, GO Fest is meant to be an ultra-concentrated version of the Pokémon GO experience. Thousands of players cram into one park, coming together to tackle challenges and capture previously unreleased Pokémon. 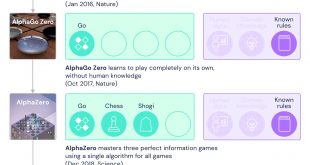 The AI that beat world champions at Go, AlphaGo, knew these rules and kept them in mind 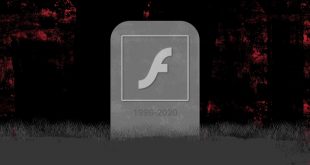