iPhone 14 to get biggest front-facing camera upgrade in years

Earlier this year, multiple reports suggested that Apple is working on major upgrades to the iPhone 14’s front-facing camera. Now analyst Ming-Chi Kuo has corroborated those rumors with new details about the suppliers Apple has chosen for the selfie camera components, which will get its biggest upgrade in years with iPhone 14.

As shared by the analyst in a blog post and also on Twitter, Apple has now set its suppliers for the new iPhone 14 front-facing camera.

Some of them are already Apple’s partners, such as Sony – which will continue to provide the camera sensors for the new iPhone. The lenses will be provided by Genius and Largan, while the new focus module comes from Alps and Luxshare.

However, when it comes to the front-facing camera module, Apple will have Cowell and, for the first time, the South Korean company LG Innotek as its partners. The partnership between Apple and LG Innotek had already been reported last month after the Cupertino-based company ruled out components from Chinese camera makers due to quality issues.

Based on Kuo’s report, iPhone 14 will represent Apple’s biggest front-facing smartphone camera upgrade in years. The analyst predicts that the new camera will feature autofocus, which should result in significantly better quality for capturing photos and videos compared to the current fixed focus camera.

Other upgrades include a six-part lens, versus the existing five-part lens. The iPhone 14’s front camera is also expected to have a larger f/1.9 aperture. For comparison, the iPhone’s front camera remains pretty much the same since iPhone 11, when Apple introduced a new 12-megapixel lens with f/2.2 aperture.

While the selfie camera improvements should be available for the entire iPhone 14 lineup, some of the upgrades will be restricted to the more expensive iPhone 14 Pro models. Previous reports have revealed that this year’s Pro models will get a new wide camera with a 48-megapixel sensor capable of shooting videos in 8K resolution.

Unfortunately, the entry-level iPhone 14 models are rumored to keep the same set of rear cameras with wide and ultra-wide lenses of 12 megapixels each. Of course, this doesn’t mean that other aspects of these lenses won’t be upgraded.

iPhone 14 will be available in four different versions, with two regular models and two Pro models. The mini-sized iPhone is expected to be discontinued and will make way for a new 6.7-inch iPhone 14 Max, while the Pro models will keep the same size as the current generation, but this time with a new display design that eliminates the notch.

9to5Mac has also heard from sources that some of the new iPhones will stick with the A15 Bionic chip from the iPhone 13, while others (presumably the iPhone 14 Pro models) will get the new A16 chip.

Apple is likely to announce the new iPhones in September. 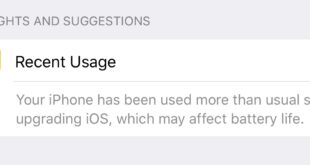