You only need to watch a couple of mobile carrier commercials to know that 5G is the next big thing in wireless connectivity, offering speeds that rival broadband in places where Wi-Fi can’t often reach. It’s compatible with existing 4G LTE networks, and despite its increased speeds, 5G can theoretically consume less power and resources than previous wireless networks. (You can learn more in our guide: What is 5G? Your guide to the current generation of wireless communications).

As good as that all sounds, we’re still in the early days of the 5G revolution, with carriers having to build out a whole new infrastructure to support it — limiting its availability in many markets. That hasn’t stopped the explosion in new 5G smartphones, a trend that has started to spread to other mobile devices like laptops. As we discussed in our list of top 4G laptops, there still aren’t a ton of options when it comes to notebooks that can include cellular modems, as the vast majority of portables rely on Wi-Fi networks to connect you to the internet.

Given its newness in the market, that’s especially true when it comes to 5G. The first systems were released last year, with many wondering if it was too soon to take advantage of the nascent networks that could support 5G speeds. But more 5G-capable laptops have emerged in 2021, with additional models expected to trickle out next year and beyond. Many may choose to wait until then, but there’s definitely a market for 5G laptops today, whether your job requires the fastest mobile connectivity or you’re just the type who needs to have the latest and greatest technology. If you’re in that market, then our list of a half-dozen laptops that offer built-in 5G modems should come in handy. Ranging in price from $500 to over $2,500 and including 2-in-1 versions for those who want a hybrid device, these 5G laptops should keep you connected at the highest speeds, even when you’re not plugged in. 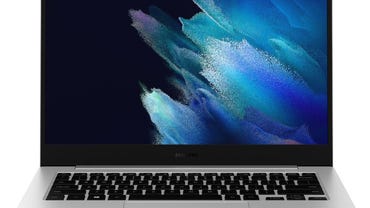 The Galaxy Book Go is going to be your cheapest option for a 5G-equipped Windows laptop, running less than $600 in either AT&T or Verizon compatible versions. It keeps its price down by using Qualcomm’s Snapdragon 8cx Gen 2 chip, which compensates for basic performance with a 5G modem and excellent battery life (18 hours, according to Samsung).

Other specs on this machine are minimal (4GB of RAM, 128GB of storage), but the 14-inch display does offer full HD (1,920×1,080) resolution. It’s also highly portable at just 3 pounds, but should provide extra durability thanks to its shockproof chassis. 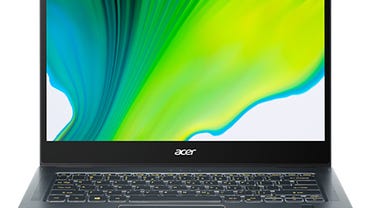 The Acer Spin 7 is a more advanced version of the Galaxy Book Go concept — at roughly three times the price. It, too, relies on the Snapdragon 8cx Gen 2 5G Compute Platform for processing and 5G connectivity, but it offers a lot more for its $1,600 price tag.

For starters, the Spin 7 is a 2-in-1 rather than a traditional clamshell laptop, which means its full HD 14-inch display has touchscreen functionality that can be taken advantage of via the digital stylus Acer includes. It also comes with double the RAM of the Galaxy Book Go and a lot more storage (512GB). A bigger built-in battery boosts the claimed battery life to an astounding 29 hours between charges while only adding a little bit more weight and thickness to the Spin 7 chassis than the Galaxy Book Go possesses. 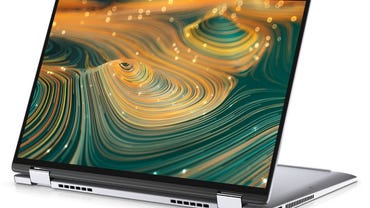 Unlike the Acer Spin 7, the Latitude 9420 2-in-1 uses a more familiar and powerful Intel Core i5 processor for business users that need performance as well as convenience. As a result, the 5G modem is a pricey add-on, requiring an update to a touchscreen LCD in addition to a Qualcomm 5G modem.

That puts you over $2,500 for a laptop that still only comes with 8GB of RAM and 128GB of storage. On the plus side, you get a featherweight system made from aluminum with a pair of Thunderbolt 4 ports, a QHD+ resolution (2,560×1,600) screen with 16:10 aspect ratio, and peace of mind knowing you’ve purchased from Dell’s well-respected Latitude lineup. 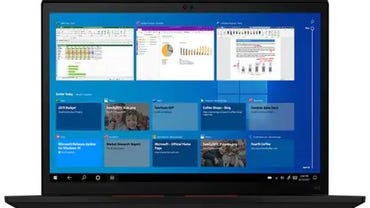 If you don’t need the 2-in-1 versatility, Lenovo’s ThinkPad X13 5G might be the perfect choice between the performance of the Latitude 9420 and the lower price point of the Spin 7. Available from AT&T for over $1,000 less than the Dell above, it comes with the same Core i5 CPU, but doubles the memory and quadruples the storage.

At 13.3 inches, the display is a bit smaller and the resolution a bit lower but still full HD. That’s not to mention the build quality the ThinkPad line is known for, much less its portability (2.7 pounds) and battery life (16.5 hours). Put it all together and this might be the best all-around 5G laptop option at the moment, as long as you are or don’t mind becoming an AT&T mobile client.

Another pricey, powerful 2-in-1 option 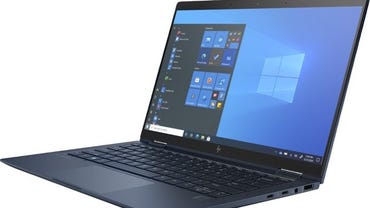 The Elite Dragonfly Max is a slightly smaller foe to the Latitude 9420 in the battle of 5G-equipped business 2-in-1 laptops. It’s even pricier than the Dell, though you get more than your money’s worth for that additional $100. The HP is even more powerful with a Core i7 chip and offers twice the RAM and a 512GB drive compared to the Latitude’s more meager specs.

Like the ThinkPad X13 5G, the Dragonfly Max features a 13.3-inch full HD display rather than the 14-inch Latitude screen with higher resolution, though it counters that with a blinding 1,000 nits of brightness. For the amount you’re spending HP could probably throw in its digital stylus to use with the touchscreen, but the Elite Dragonfly Max packs about everything else you need. 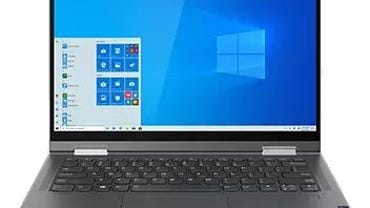 While AT&T had to wait to get its ThinkPad X13 5G, Verizon got first dibs with Lenovo’s Flex 5G, the debut laptop with 5G connectivity. It still offers the Flex 5G for a price very similar to AT&T’s ThinkPad, though you get a system that’s a year older.

The result is that instead of a new 11th-generation Intel Core processor, the Flex 5G is built around the original Qualcomm Snapdragon 8cx processor, which is a generation older than the chip used in the Galaxy Book Go and the Spin 7. You still can expect stellar battery life, but performance may seem a bit lackluster, especially for a $1,400 notebook.

How did we choose these 5G laptops?

As with our 4G laptops list, the number of 5G-capable models is limited, making it easier to put our list together. A couple of notebooks on the 4G list — notably the Samsung Galaxy Chromebook Go and the Lenovo ThinkPad X1 Carbon Gen 9 — offer configurations with 5G cellular modems as well. But while there are a few 4G Chromebooks and Microsoft Surface devices with 4G connectivity, the same can’t be said about 5G today. As a still-emergent technology, 5G in laptops can feel a little bit not quite ready for prime time, though you can expect more systems — including those with more mainstream price tags — to offer 5G support over the next couple of years as carriers roll it out further.

Which 5G laptop is right for you?

If you read through the write-ups above, you can see you basically have two options if you want a 5G laptop: the Qualcomm Snapdragon approach or the Intel choice. A Snapdragon-powered system will be cheaper with better battery life, but will provide nowhere near the performance of a laptop running with an Intel Core CPU. Those who are on the go a lot that need 5G but only need to perform basic computing tasks and web surfing might be fine with Snapdragon-based laptops, but road warriors who rely heavily on productivity software will probably be better off with enterprise-friendly Intel-based 5G laptops.

Which other 5G laptops are also worth considering?

If you don’t need a 5G laptop today, waiting will present you with more options in the coming months. Lenovo is promising the IdeaPad 5G, a 14-inch notebook with a Qualcomm Snapdragon 8cx processor, as a presumed successor to the Flex 5G that’s “coming soon,” according to the company, though it was announced at CES back in January. If you need something a little hardier, Dell has just announced a pair of rugged notebooks with 5G support, the Latitude 5430 Rugged and Latitude 7330 Rugged Extreme, will be available in December.

You may have to wait longer to buy a Microsoft Surface or Apple MacBook laptop with 5G capabilities, however, Microsoft has refreshed some of its Surface lineup a couple of times this year — including last month — but has made no mention of 5G support beyond its new Surface Duo 2 phone. Numerous Surface devices use Qualcomm-built chips, so it won’t be a surprise if 5G Surface laptops are released in 2022. Apple has likewise refreshed its MacBook Air and Pro lineups with its new M1 processors, but hasn’t announced plans for 5G support yet. 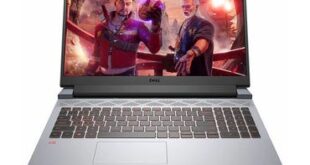 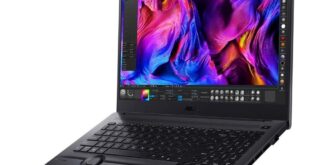 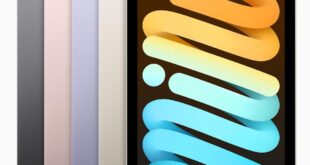 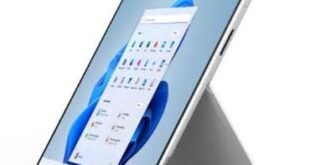 As much as we’re told we’re living in a “Wi-Fi everywhere” world, that just isn’t ...